The first fixture of my campaign as captain was upon us. We were hosting last year’s winners Surrey National so I knew this wouldn’t be an easy first task. In all my years of playing golf up at Surrey Downs I believe this was one of the windiest days I have ever played in so conditions were tough.  The course for the time of year was in great nick so there were certainly no excuses out there.

Surrey Downs team saw a few newbies introduced, Dave Phillips, Robert Hunter and Chris Perez. The team was strong varying from a 1 handicapper to an 11 handicapper. The pairings on paper looked like there were going to be some real ding dong battles out on the course.

I lead from the front playing alongside a veteran in Trevor Dark (10). It seemed that both I and Surrey National’s captain had the same idea about leading from the front. We faced a strong pairing in Hew (4) and Steve Wood (12). And so it began – a nice couple of friendly halves to start with, until Mr Wood’s putter lit up rolling in a 30-footer on the 3rd for a net eagle for the win (both me and my partner making birdie). Trevor and I looked at each other in disbelief (not because we couldn’t believe Woody rolled in a 30-footer but how we were behind). We got it back to level at the half way stage and that’s the way it stayed right till the very end. The spirit that the match was played in and the quality of golf that was on display from Hew, Steve and I no other result would have been fair. Great match. 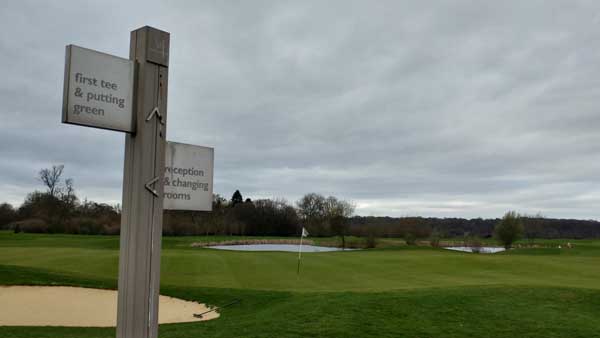 The match behind saw our club Captain Rob Hunter and reliable Simon take on father and son duo James and Luke. Luke was an excellent 6 handicapper and from the outset this was going to a tough match. Despite losing by 1 it was a good battle and a decent result against a very good partnership.

The third match we believe broke Surrey Hills League records. The first hole in one in a match. Unfortunately it wasn’t from one of our guys but none the less an outstanding hit from young Lee Feasey. It came at one of the longest Par 3’s you’ll find measuring at 231 Yards playing directly into a 25-30mph wind. Superb. Their match ended with a 2 up win to Surrey National.

With Surrey Downs trailing by 3 at this point the last two matches were more important than ever. Next up were two rookies Chris (6) and Dave (11) taking on Tom (4) and Alan (9). It seemed a real tight match on the front nine but the Surrey Downs duo eased to a healthy 5 up win putting the Surrey Downs boys 2 in front.

Lastly Ryan (6) and Matt (10) took on Scott (4) and Paul (7). We were getting close to sending out a search party for these four as they weren’t anywhere to be seen after match 4 had finished. For Surrey Downs it was worth the wait with Ryan and Matt winning by 5.

A great result for Surrey Downs, eventually winning by 7. Hats off to Surrey National a great bunch of lads. Look forward to the rematch. 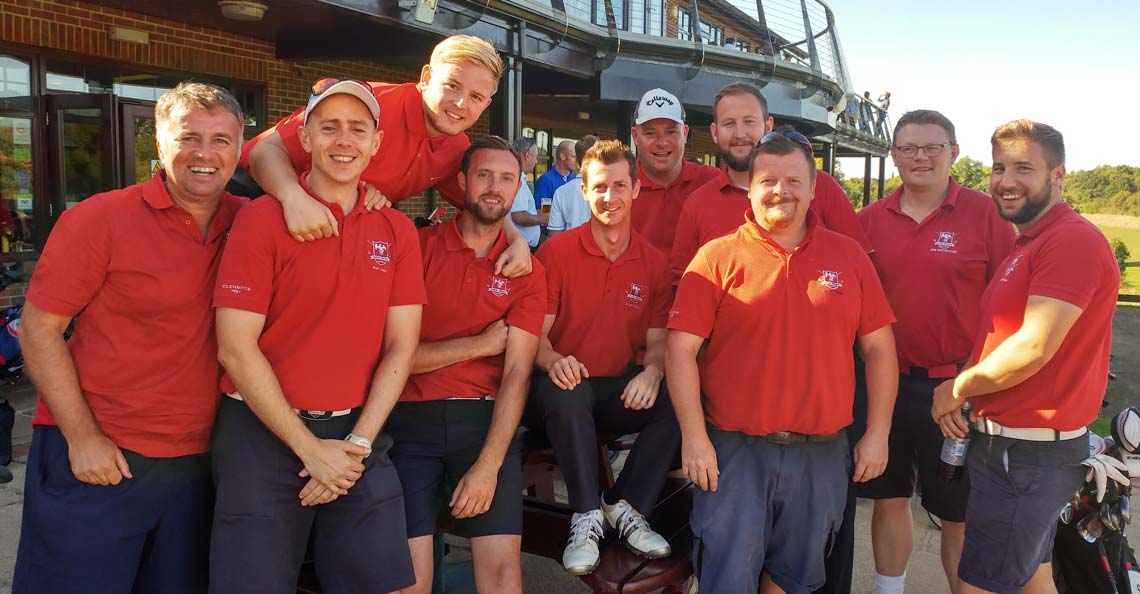