Last Friday saw 14 of us head over to Reigate Hills for the end-of-league day this year hosted by Reigate Hills.  Firstly big thanks to Bob English, Peter Wheeler and Colin Batabyal for grabbing our last slots in the week leading up to Friday.  Meant we had a good club showing on the day, cheers chaps.

Format is a 5ball Texas Scramble, with each club in the league making up the team.  Its a very social, ‘fun’ and obviously competitive round… with considerable banter and side bets flying around.

As team captain this year, I was off the first with the other captains Mark (Reigate), Simon (Woldingham), Steve (Surrey Downs) and the unmissable Mr Johnny Harris (Farleigh).  We all played steady golf, Simon not having a good day with his irons, but our putting just wasnt up for it.  Too many 10-15ft birdie putts missed.  Mark has just slid up to a handicap of 4, but hits a fantastic ball. He hit a fantastic 3wood all of 308 yards to about 5feet on the par5 3rd to setup an eagle and we thought we were up and running. 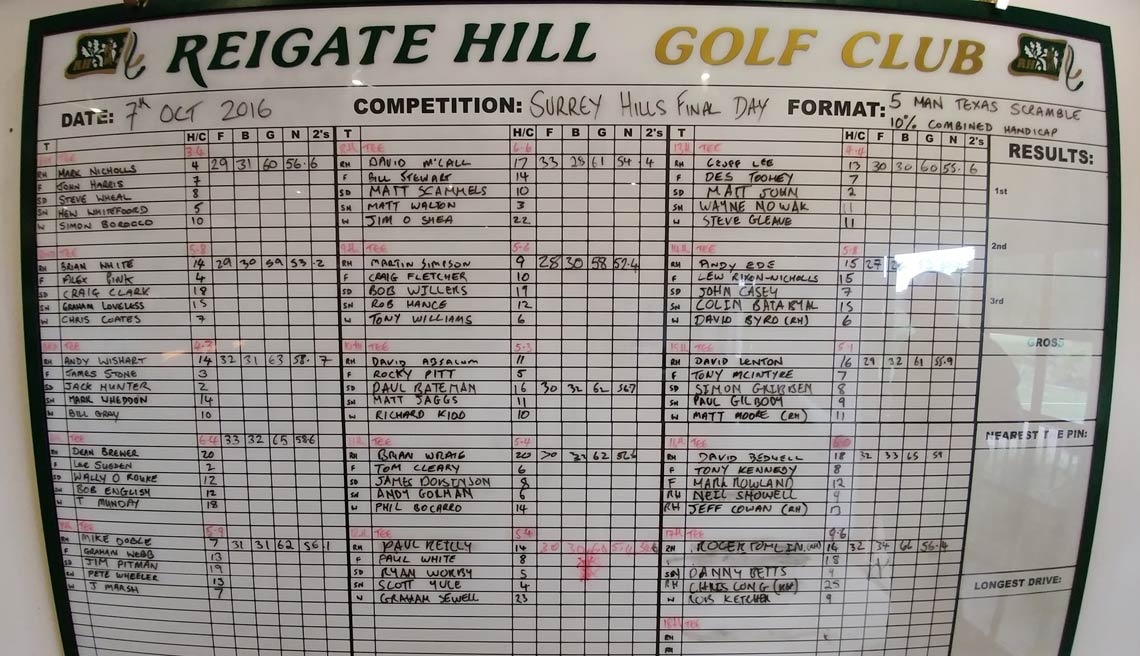 All results on the day

It wasn’t to be despite 3 birdies on last 3 holes and coming in with 12 under.  We had the lowest handicap which didnt help us, well… it helped us secure mid table at least!  We all wanted 3rd to win the dozon pro v’s.

Rob Hance’s team played very well, knocking in birdies for fun and returned a very creditable 51 points.  Any other day – despite it being a 5ball – this would be a solid win.  But not today.

Colin’s team came in with…. get this…. 17 birdies and one eagle for 19under… before handicap!!!  Unheard of… fantastic golf… clearly it was one of those days (for all 5 in the team).    That meant a score of 47!  Doubt we’ll see that again. Well done Colin as our representative in that team.

I managed to say a few words at the end, thanking the club and all in the room for a great league campaign as we collected the trophy.   Evening slid into the Farleigh floorshow as they downed their drinks and turned up the volume on their internal arguments.  Surrey Downs then had a 2-hour putt off for some reason, but was a great day and evening.  Big thanks to Mark and all at Reigate for hosting another great league day.

A massive thank you to both everyone on the day and the whole club Surrey Hills squad. 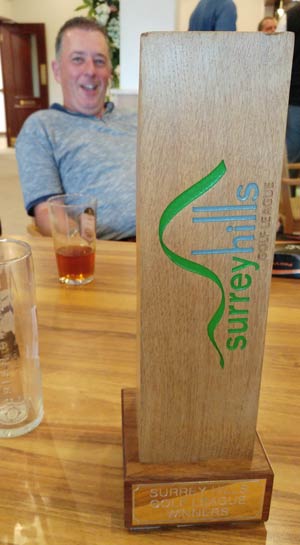 We had a fantastic campaign… only two losses (by 1 away at Farleigh, and 3 away at Surrey Downs).  Everyone in the squad has been very supportive and patient as teams have been pulled together and its been good to have teams drawn from across the club and Swindles.  Good stuff.

So we’ve won it for the first time, by the biggest margin ever in the league (43points to 2nd place Surrey Downs).  Defending the title next year is our next target.

Roll on 2017’s campaign – well done to everyone in the squad. 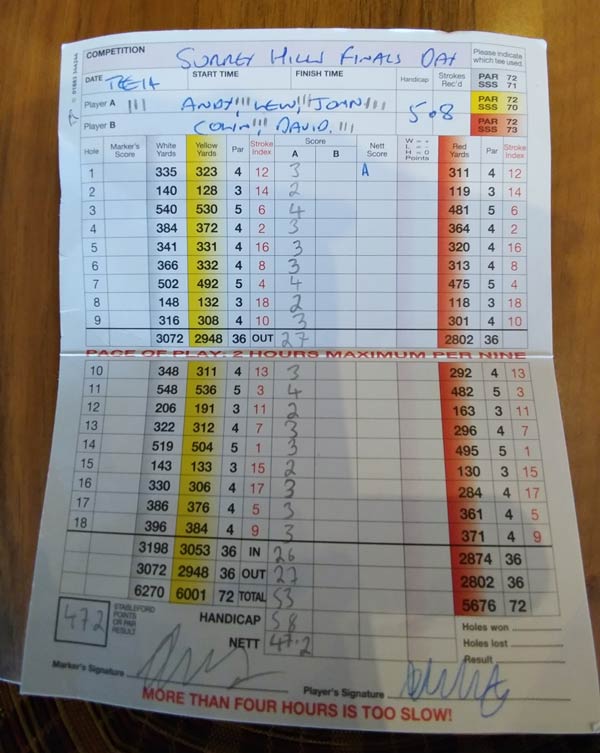 If anyone is interested… the card of the winning team on Finals Day – 17 birdies 1 eagle! 47.2pts