A fantastic Autumn day, fresh, bright and sunny on Friday. Finals Day might need a day booked off work but I think every year its been the league highlight (as it should be), where a member of each of the 5clubs team up head out in a scramble format competition, with pins, longest drive and some decent overall prizes.

Woldingham was the venue this year (Surrey National is next Mr Vice-Captain Jaggs!).   Course was in top shape, greens looking very healthy and rolling well, bunkers looking sharp and raked, overall it was very well presented.  Big thanks to the green keepers for their hard work.

Woldingham’s captain Mark welcomed the league members.  Teams sorted we all headed out to our shotgun tees.

I played with League Chairman Des, Reigate’s Rodger and Woldingham’s Brendan.  Great day’s golf, we started slowly teeing off the 15th, one blob on the par3 17th, we found some form with 9 birdies in 10holes but then hit the pars towards the end to return a slightly-above-halfway score.  Top company and a good effort from us.

Fantastic carvery, guys and girls of Woldingham looked after us very well

Fantastic carvery put on by Woldingham, the chefs and girls looking after us did a great job.  Woldingham Mark handed out the prizes… a very “popular” nearest the pin (if you count the boo’s) won by Surrey National’s own Mark Weeeedon.  Who also picked up a team prize (cue more boos)… I think it was third team prize, each taking home a nice body warmer thing.

Team captains and secured an impressive 2nd place and a pair of nice golf shoes each..

Not fazed at all, and taking it all as expected, a certain Daniel Betts was Surrey National’s representative in the winning team… something like 12 under gross I think before handicaps taken off?  Golf bags awarded to the winners, well done Danny.

He was joined by Woldingham’s Chris Coates, who could be in the running for next year’s Chairman *cough* Chris?  We shall see!

Winning team on the day

Des was up next thanking Woldingham for hosting and for another sucessful year, before awarding the 2017 league title to Dave (aka Baby David) and the Reigate team taking the win for the first time.

A top day, great food and company.  Surrey National holding the bar well at the end before taxi’s were ordered and several headed off to some dark pub in Old Couldson to carry on the drinking/banter/abuse.

As Des announced, there is an AGM being held at Chairman’s Des home course Farleigh in November.

Can all next year’s Captains please contact Des and confirm numbers/attendence?

Players, please feed back any issues/items to your club representatives to be bought up at the AGM… we want to improve year on year, learn from any mistakes all in an effort to keep this great competition rolling. 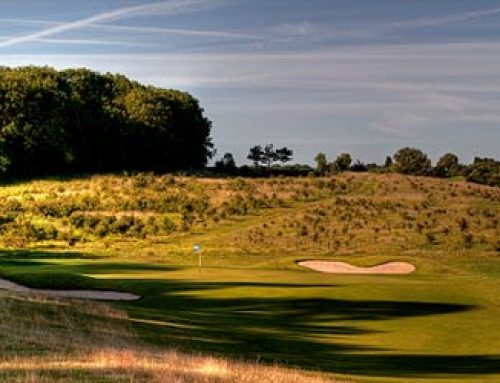 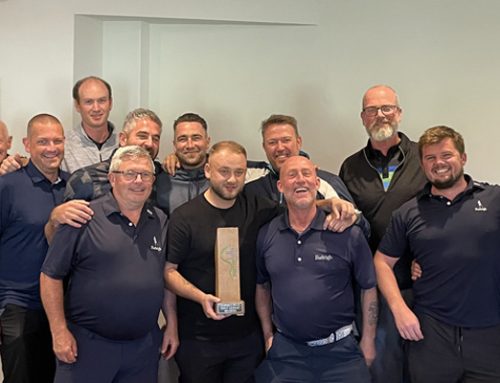 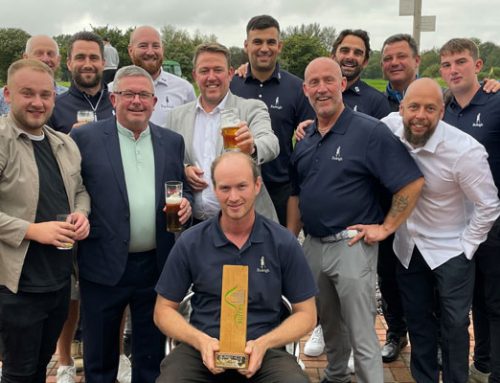 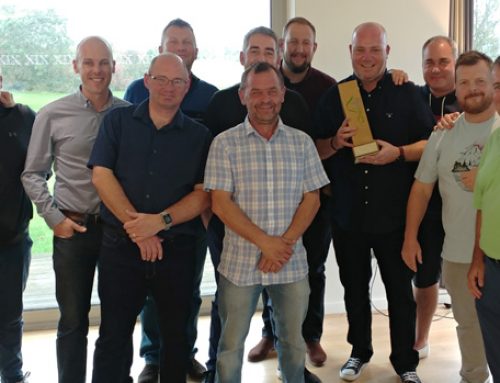 Surrey National are the 2019 league winners